I have spent pretty much my entire career working in Sales; having to meet targets and being judged almost entirely on results. I have had some good bosses and some not so good; and I would like to think that, when I’ve been the boss, I have always been fair but tough and decisive. Every business needs a boss: a leader to inspire, empower, manage, motivate and, most importantly, to be accountable. The place where the buck stops.

Nowadays I work for myself, helping companies to improve their sales performance. It’s fun, believe it or not, and I’m the best boss I ever had. We agree targets and review performance, sometimes I tell myself off, but I take it on the chin.

I have a varied group of clients, but the first thing I always look at with any of them is structure. In order for any business to function effectively and efficiently, it needs a clear chain of command with clear division of responsibility (with accountability, John, of course). Every team within an organisation needs that structure too, with a leader ensuring there is discipline in working together to achieve a common goal.

Which brings me to Everton Football Club. Like many of you, I am sure, I have watched this season’s performances with a mixture of anxiety, confusion, disbelief and anger. I have watched a seemingly unstructured group of players whose only discernible pattern of play is “passing the buck”. Now tiki-taka rapid passing of the ball has won Leagues and even World Cups, but our “slow, slow, slow” game just seems to involve passing responsibility to the next guy. We apparently bought lots of leaders in the summer, but nobody, bar Rooney arguably, seems to want to lead and direct on the pitch. Where does the buck rest for this?

Our Manager (I’ll refer to him in the third person, as he does with the Club) has said once the players cross the white line it’s up to them, but has he given them the right structure? Does everyone know their role, like every Burnley player did on Sunday? 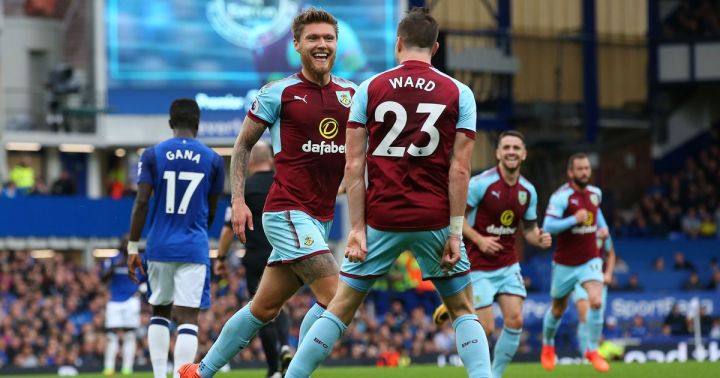 For me this problem is endemic at Everton. When Farhad Moshiri arrived we really thought, and certainly hoped, that things would change. Over 18 months on, are we any clearer on who does what? It is my genuine belief that until this lack of structure is addressed off the pitch we will never progress on it.

Indeed I would go further, the insipid, disorganised, leaderless performances we have seen for some time, not just this season, culminating with Sunday’s humiliation by Burnley are a reflection of the Club off the pitch.

Leadership starts at the very top of any organisation, but with Everton it’s just not clear who that leader is?  This season we’ve played 7 League games and (forgetting the qualifiers) 2 Group matches in the Europa League. I would argue that we have only hit our target in two (Stoke, home, and City, away), we can debate Bournemouth where arguably we didn’t “deserve” to win.

If I had missed target 7 times out of 9 when I was employed I would expect to be under real pressure; answering stern questions and having to justify my own existence, coming up with a plan to improve. I would not expect to be told that we “expected to lose a few deals” and for my boss to offer me readymade excuses. I would not be allowed to blame others, I would be accountable for my own performance and that of my team.

Therein lies the problem. Who does the Manager report to and who, if anyone, sets his targets? Steve Walsh, Bill Kenwright or Farhad himself? We won’t even ask who is in charge of transfer dealings….. 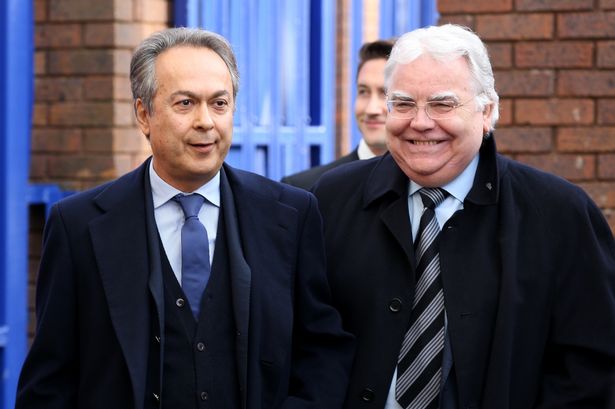 This lack of clarity just facilitates buck passing. Amid the confusion, the Manager seems to “call out” the Board or Steve Walsh or both, then the Manager calls out the players (fair enough), then the players seem to call the Manager out on the pitch. It’s a shambles; is it any wonder the football is?

Without a clear structure you get anarchy, people do as they like. The Manager chooses to play golf on Transfer Deadline Day. The Chief Exec chooses to go and watch Rugby League rather than Everton in the Europa League. Rooney is arrested and found guilty of drink-driving. There is no discipline, no responsibility and no accountability.

Largest shareholder, Farhad Moshiri doesn’t sit on the Board, Chairman, Bill is not in the best of health, and, as we have said on EvertonBusinessMatters, it’s not clear how responsibilities are divided between Robert Elstone and Denise Barrett-Baxendale.

All we know is the team aren’t playing well, the fans are not happy. The fans deserve better for sure, they deserve better than the ham-fisted “unexpected loss” quote from Moshiri. Fans and shareholders deserve a clear structure, including a Chief Engagement Officer, who ensures that all stakeholders are involved to maximum effect and the Club can capitalise on this rapidly closing window of opportunity.

The buck must stop somewhere, however, and, if that means that we need to change the Manager, so be it. The leader, whoever that is, needs to be decisive and brave. Be under no illusion though that, until the Club addresses the off pitch structure and resources, until there is a real plan with clear targets and unity of purpose, any progress on the pitch will be severely hampered.

6 thoughts on “The Royal Blue Buck”

This site uses Akismet to reduce spam. Learn how your comment data is processed.